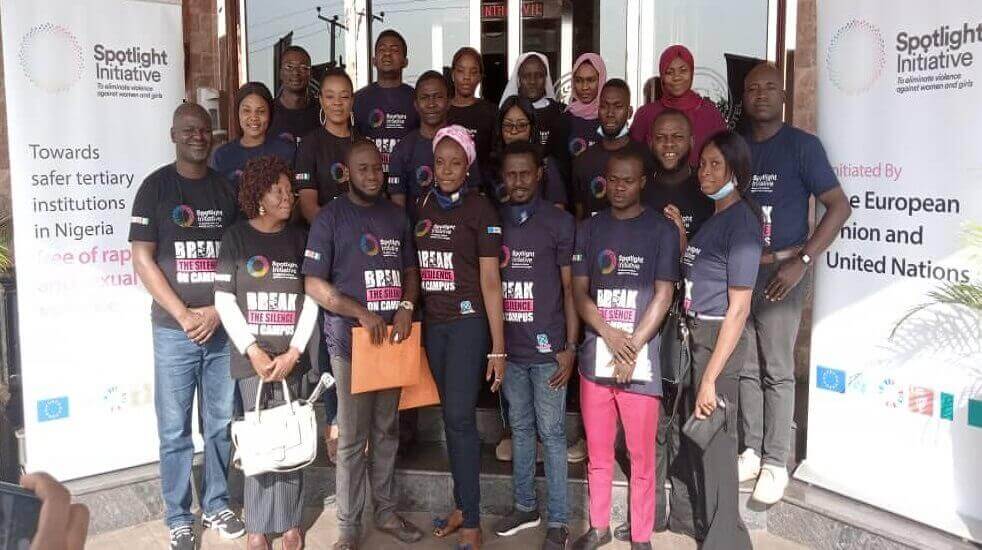 There now exists at Veritas University, Abuja a learning and work environment where anyone can report any cases of sexual harassment without any fear of reprisal by way of assault, harassment or violence, the Vice-Chancellor, Rev. Fr. (Prof) Hyacinth E. Ichoku, has said. He told attendees of a capacity building workshop from the university who went to brief him on their experience that the university is more than keen about the workshop and its masterminds. Such engagements would, according to the Vice-Chancellor, complement the effort already put in place in Veritas University Abuja in that direction.

Led by Dr (Mrs) Angela Ngozi Dick of Veritas University, Abuja’s Centre for Gender Studies (CGS), the attendees told the VC it was a 2-day capacity building workshop for school related gender based violence response teams on strengthening, prevention and response to gender based violence in tertiary institutions in Nigeria. This took place on November 2nd and 3rd, 2020 at Corinthia Villa Hotel Garki 2, Abuja. The workshop was a product of the Spotlight Initiative of the European Union and the United Nations, a global multi-year initiative focused on eliminating all forms of violence against women and girls (VAWG). The workshop was organised and facilitated by the Women at Risk International Foundation (WARIF) founded by Dr. Kemi DaSilva Ibru and had in attendance other universities such as Nile University, Abuja and the University of Abuja.

The workshop afforded the participants the opportunity to deliberate and come up with unique strategies to handle School-related gender-based violence (SRGBV) in their various institutions after practical sessions in case studies were carried out. At the end of the workshop, each institution came up with “the next action plan” to serve as a radar that will guide the navigation of the campaigns in their various campuses in the coming days. Thus, Veritas University looks forward to seeing the impacts the capacity building workshop will have which had some of her own trained as Response Team.

It is rather disheartening to many to discover that one out of four children, teenagers and young persons are in one way or another either victims or survivors of gender-based violence—despite the technological, democratic, religious among other advancements of our contemporary society brought mostly by globalisation. One could have thought by now, such horrible experiences should be accessed only through literatures and historical documentations but reverse has always taken the centre stage when it comes to such issues. To paint a clear picture of these atrocious practices, the United Nations International Children's Emergency Fund (UNICEF) declared that in Nigeria, it is estimated that 1 in 4 girls and 1 in 10 boys in Nigeria had experienced sexual violence before the age 18 (UNICEF, 2015). One of the forms of the gender-based violence is the School-related gender-based violence (SRGBV) which affects millions of children, families and communities. It involves acts or threats of sexual, physical or psychological violence occurring in and around schools, perpetrated because of gender norms and stereotypes, and enforced by unequal power dynamics. 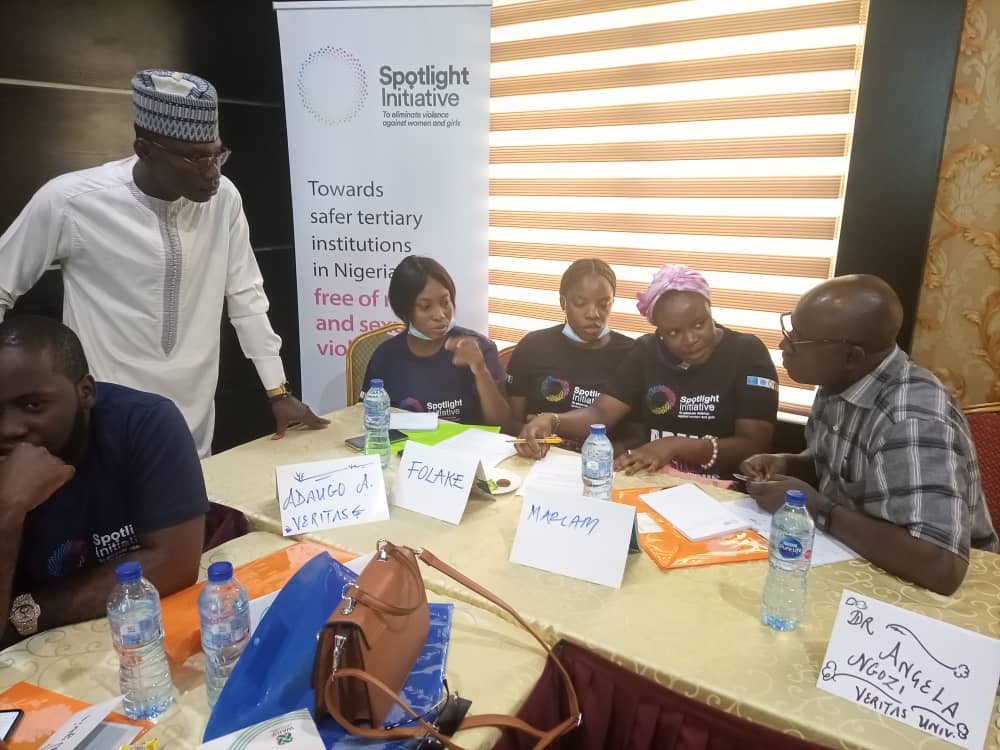 Nevertheless, the international communities, governments, organisations and individuals are rising up to the challenge to end school-related gender-based violence (SRGBV). UNESCO and UN Women, together with the Global Working Group, in line with the 2030 Agenda for Sustainable Development, commissioned the Global Guidance on Addressing School-Related Gender-Based Violence to help ministries of education and education stakeholders understand more about SRGBV and identify ways to prevent and respond effectively to it. The aforementioned strategy has become part of the already-established regulations in Veritas University Abuja as seen in her zero-tolerance policy on any form of harassment, assault, violence and unethical conducts—Veritas University has become an arid ground that will never support or attract the proliferation of gender-based violence (GBV) capable of resulting in unwelcome emotional, educational and psychological outcomes.